PHOENIX, Ariz. — The world renowned Heard Museum Guild hosted its 63rd annual Indian Fair & Market over the weekend, featuring Native American art from more than 325 artists with more than 80 tribal affiliations from Alaska to Maine. Due to the coronavirus pandemic, this year’s event was dubbed as a hybrid fair with the majority of activities (such as the art market, performances and artist interviews) held virtually, and some artists showcasing their work live in the museum shop.

In non-pandemic times, the Heard Museum Guild Indian Fair & Market draws nearly 15,000 visitors featuring more than 600 of Indian Country’s most outstanding and successful American Indian artists, according to the Heard Museum. However, due to the pandemic, event staff say attendance was well under 1,000. 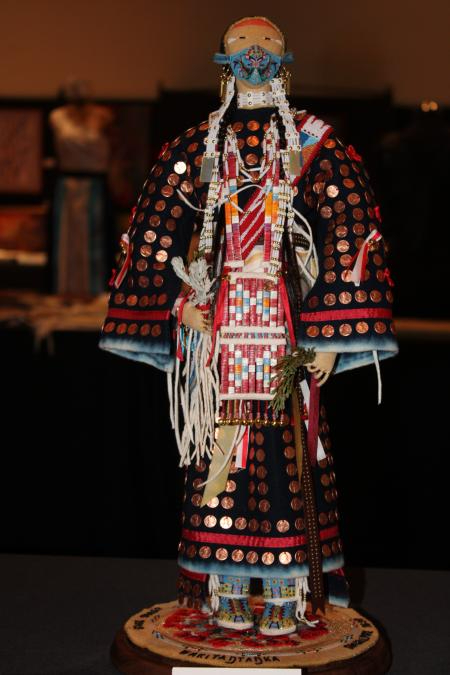 Best of Show Winner, Juanita Growing Thunder Fogarty's "Wakitantank (Strong-Willing) Pandemic Survivalist.” (Courtesy Darren Thompson)The Heard Museum purchased “Wakitantanka” for $30,000 and will be displayed in the museum in the future.

Cole Redhorse Jacobson has been attending the Heard Indian Fair & Market for the last three years, and expressed hopes for this year’s mainly virtual event. “I was excited that the Heard Museum was able to host the event virtually this year, for the safety of everyone,” said Jacobson.

“My hopes this year are to continue to share my work and to challenge myself to make new creations to submit for other juried art shows,” said Jacobson. “It’s amazing just to have my work in the same room as all the greats.”

Angela Babby, Oglala Lakota, also submitted several pieces and won second place in the mixed media category for her piece “Hewcel Oyatekinipikte—So That Our People May Live.” However, it was her piece “Are You Not Entertained?” that earned a lot of buzz at the art show.

“I was advised by people I love not to create ‘Are You Not Entertained?,’” said Angela Babby to Native News Online. “How can a person live through the events of the past four years, live in America while it is still a democracy and not make some comment on what has transpired? I could not do it. Art is not always about beauty.”

The most commonly seen image in Babby’s piece “Are You Not Entertained?” looks like what many people would identify as a “swastika.” However, the image is Roman, according to Babby. “The ‘swastika’ represented the four seasons in Roman culture. Native Americans also admired this symbol and used it to represent the whirlwind,” said Babby. “I used the tile design to express how designs, languages and choices humans make have consequences.” 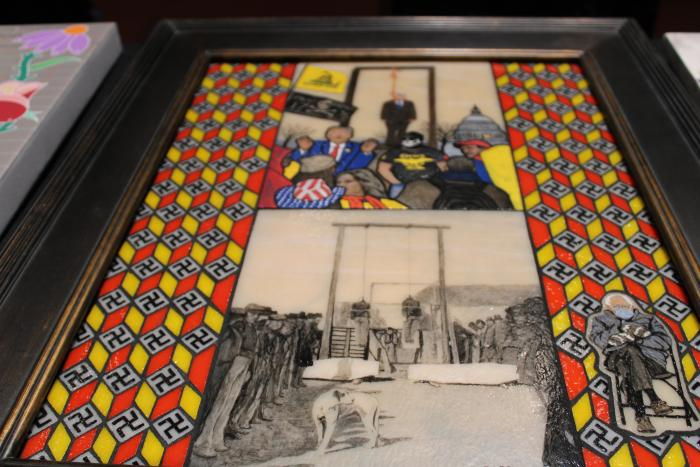 Angela Babby's "So Are You Entertained?" (Courtesy Darren Thompson)

In the lower image of Babby’s “Are You Not Entertained?” is a depiction of Medicine Bottle and Little Six after they were kidnapped, drugged and brought back to Minnesota for the hanging of the Dakota 38 on Dec. 26, 1862.

“This work for me is a record, in my most permanent medium,” said Babby. “I show with sadness how there have always been people in power who claim others are dangerous and need to be killed because they broke the law, because they are traitors or criminals.”

The Heard Museum Guild Indian Fair & Market is the largest art market in Arizona and the second largest of its kind in the country. This year’s pool prize was the largest in the fair’s history with $76,150 for 110 awards across 10 classifications. 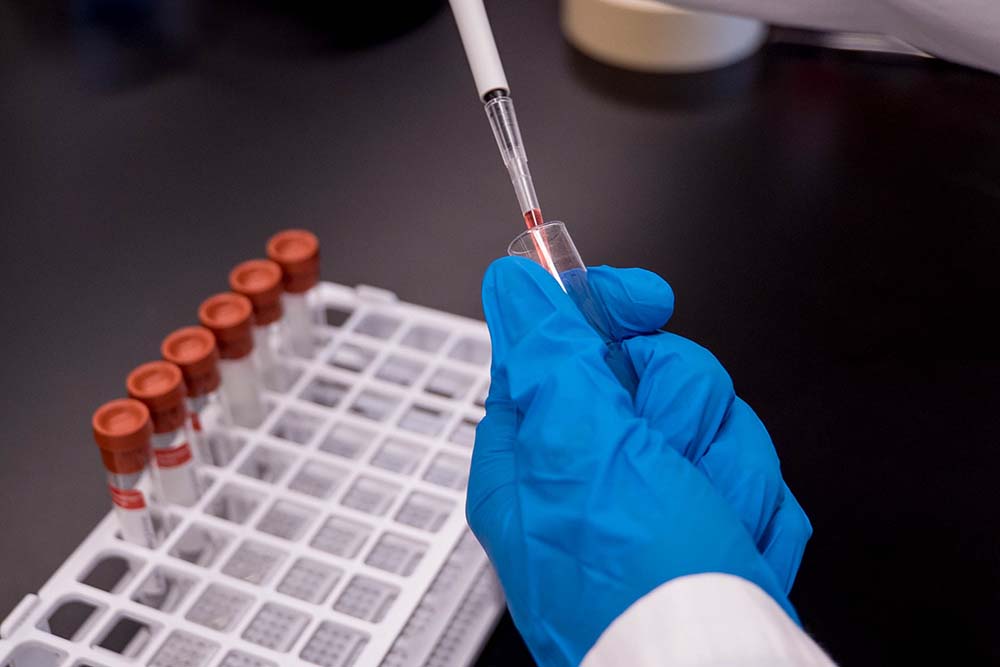