Chilocco Part 2: Medals of Honor, the '55 Tornado, and "Misguided" Beginnings 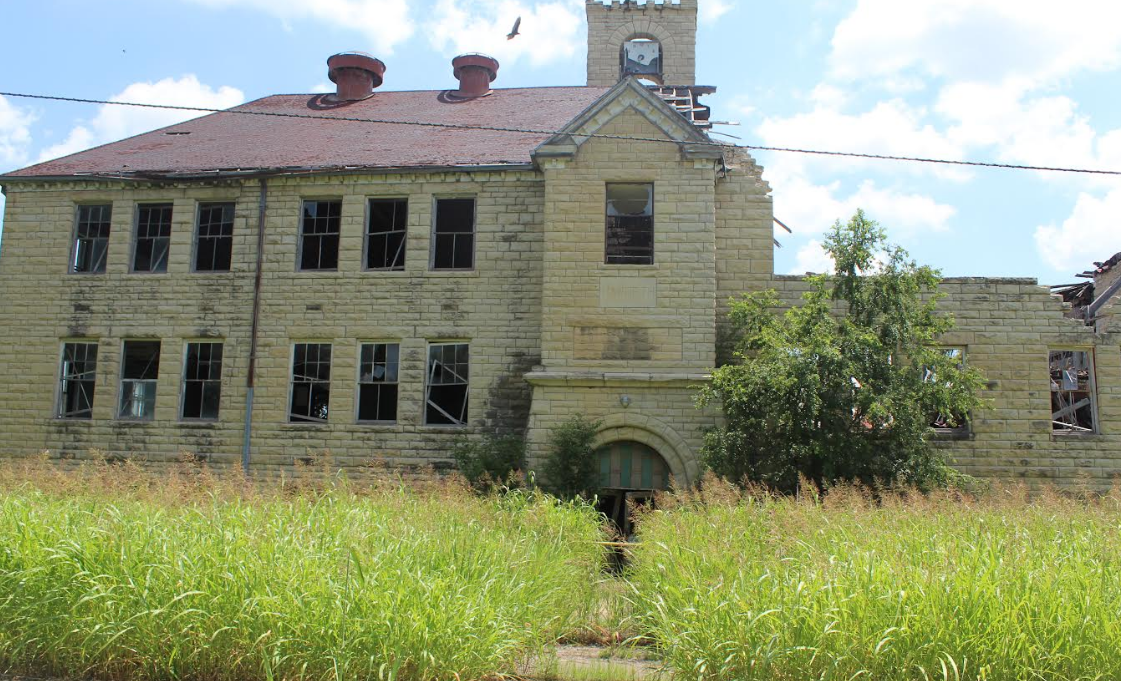 Editor’s Note: This is the second story in a series of three about the past, present and future of the Chilocco Indian School that was originally published by Blackwell Journal – Tribune, a newspaper based in Blackwell, Okla. The Journal-Tribune worked closely with Chilocco alumni to present a story that is a respectful and honest representation of the men, women and history of the school itself.

Chilocco’s enrollment peaked between the 1950s and 1960s, with enrollment numbers above 1,200. Boys and girls from more than 120 tribes across the United States were there.

“It wasn’t about tribal affiliation,” said Chilocco Alumni Association President Jim Baker, a graduate of Chilocco’s Class of 1960 and the school’s second-to-last superintendent.

[NOTE: This article was originally published by Blackwell Journal - Tribune.]

“When you got here, it didn’t really matter. It still doesn’t. We weren’t concerned with what tribe you were from. Here, it was all about the friends you made and the family you built.”

On the subject of Chilocco’s prestigious agricultural standing, Baker and his fellow alumni said they swore it was among the best.

“There was some resentment towards Chilocco,” Baker said. “We would bring high-quality bushels of hay or pure-bred cattle to market and be making 25 cents to a dollar more per bushel or pound than the local farmers would. I think that’s where some government officials started to target us when it came to funding.”

The Chilocco Indian School also had Morgan horses, a highly sought-after breed for Amish communities in the region. Graduate Garland Kent recalled that, when the school’s livestock were sold as the school closed, one horse was sold to Amish farmers for more than $70,000.

“We had Oklahoma A&M before it was OSU, sending students over here to learn about our agriculture,” Garland said. “You had high-school-age Indian boys teaching these college kids our trades and techniques. Everyone was happy to teach and more than happy to learn. There was a great sense of the community here, and we were always welcoming.”

Plaques and memorials on the campus also bring to light an interesting fact about Chilocco: three Medal of Honor recipients have ties to the school.

Ernest Childers and Jack C. Montgomery were students at the school, while Charles George was a member of C Company in the 180th Infantry of the 45th Infantry Division. That was the National Guard unit stationed at Chilocco.

In Oliveto, Italy, Childers single-handedly dispatched two enemy snipers, led the attack on two machine gun nests and captured an artillery observer. Childers was the first Native American to receive the Medal of Honor distinction since the American Indian Wars of the 19th century.

George threw himself on a grenade in the Korean War during a stealth mission, saving two of his fellow soldiers and, through it all, refusing to scream out in agony to give away the position of the operation. Montgomery, during an operation in Padiglione, Italy, single-handedly attacked three German positions, killing 11 enemy combatants and taking more than 30 prisoners of war. He was seriously wounded by mortar fire later that night during a separate operation.

“Men from Chilocco fought in every war since World War I, and they didn’t just help overseas,” Baker said.

Baker and Kent spoke about the devastating tornado of 1955, which demolished parts of Blackwell and Udall, Kansas. They talked about how Chilocco’s National Guard division helped set up temporary shelters and food wagons.

“I helped the men come into town through some country roads,” Kent said. “I’ll always remember coming into Blackwell and there just being nothing there, like it had never existed. I’ll never forget the sight of this bright red truck sitting in a tree.”

She described the school as a way to Christianize the Native American population. It was described as being under a strict military regime that involved brutal work routines and the effective cultural erasure of those who attended the school.

Baker described the early years of Chilocco as the U.S. government’s “misguided” approach to “kill the Indian to save the child.”

In 1928, all of that changed thanks to the Meriam Report, the result of a two-year study and investigation into the conditions of Native American schools such as Chilocco. The report concluded that the U.S. government was failing at its goals of protecting Native Americans, their land and their resources, both personal and cultural.

“I remember hearing before I got here that Chilocco was some dirty, down-trodden prison school,” Kent said. “I think the issue, where a lot of the negativity comes from, is because you had some kids brought here from far-off reservations where they had no rules, no structure.

“Chilocco would try to implement that, and some kids just hated it. The opposite, though, is that you had kids that loved that structure. It was a sense of security. There was no wondering where their next meal would come from or if they would sleep indoors at night. “You’d have kids brought here that were basically orphaned. If they saw a few coins on

the ground–pocket change – that would be the most money they had ever seen in their lives.

Chilocco brought orphans like that in and gave them structure, trained them in real-world skills, gave them a family. In the summer, before year-round schooling was implemented, they wouldn’t want to go home. They’d jump off the bus to come back.”

Baker said that, in order to keep the students safe and provide them with food and shelter, a rotating schedule was put into place.

Next, the Chilocco Alumni discuss the important steps they're taking at the school's cemetery to document those laid to rest on the grounds.