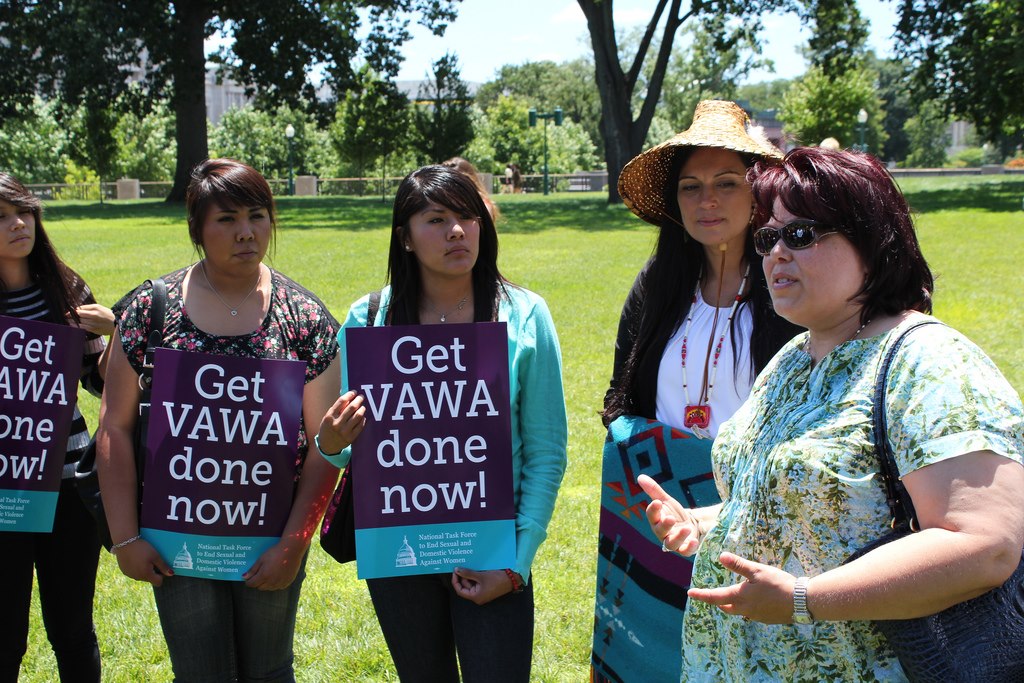 In a joint statement issued on Wednesday, the National Congress of American Indians and the National Indigenous Women’s Resource Center called in the United States Senate to pass the reauthorization of the Violence Against Women Act (VAWA).

The bill passed the House of Representatives in March 2021.

“Every day a bipartisan VAWA bill is not passed is another day that our women and children remain vulnerable in their own homes. The time to act is now. We cannot afford to wait,” the two national American Indians tells the Senate.

Here is the text of the full joint statement:

The National Congress of American Indians (NCAI) and the National Indigenous Women's Resource Center (NIWRC) are encouraged by the bipartisan calls to modernize, reauthorize, and strengthen the Violence Against Women Act (VAWA) made during the U.S. Senate Committee on the Judiciary’s hearing yesterday.

A key component of VAWA reauthorization must be reaffirming Tribal Nations’ jurisdiction to prosecute non-Indians who commit crimes of sexual violence, child abuse, elder abuse, stalking, sex trafficking, and assaults against law enforcement officers in Indian Country. Since VAWA’s reauthorization in 2013, Tribal Nations have successfully prosecuted non-Indian perpetrators in Indian Country, making their communities safer for American Indian and Alaska Native women, as well as the non-Indians who live among and with them.

However, Tribal Nations have identified jurisdictional gaps, which continue to leave many Native victims of violence vulnerable and without access to justice. To truly modernize and strengthen VAWA, we must build on the success of the 2013 VAWA tribal provisions by closing these gaps and increasing resources available to Tribal Nations to protect their communities.

We thank members of the Committee who shared their experiences listening to domestic violence survivors and victim service providers and called for VAWA legislation that would protect all victims including those that are citizens of Tribal Nations. Senators, from both sides of the aisle, called for child predators to be brought to justice and spoke at length about how child abuse victims must receive much needed support. We agree, as true justice will not be achieved until tribal criminal jurisdiction over anyone who abuses an Indian child on tribal lands is fully restored.

VAWA reauthorization must also include additional resources and reimbursements for Tribal Nations. As U.S. Deputy Attorney General Monaco shared, “demand is outpacing supply” when we look at domestic violence resources and services. Today, the high demand for resources, services, and justice can be found all across Indian Country.

In March 2021, the House of Representatives passed H.R. 1620, a bipartisan VAWA reauthorization bill with strong tribal provisions that builds on the restoration of tribal criminal jurisdiction, which began in VAWA 2013. The Senate must do the same and act quickly to support victims and survivors across the country.

NCAI and NIWRC call on the Senate to ensure that VAWA is modernized, reauthorized, and strengthened by reaffirming tribal jurisdiction and increasing resources for Indian Country, in 2021. Every day a bipartisan VAWA bill is not passed is another day that our women and children remain vulnerable in their own homes. The time to act is now. We cannot afford to wait.