It's Time to Rename Thanksgiving 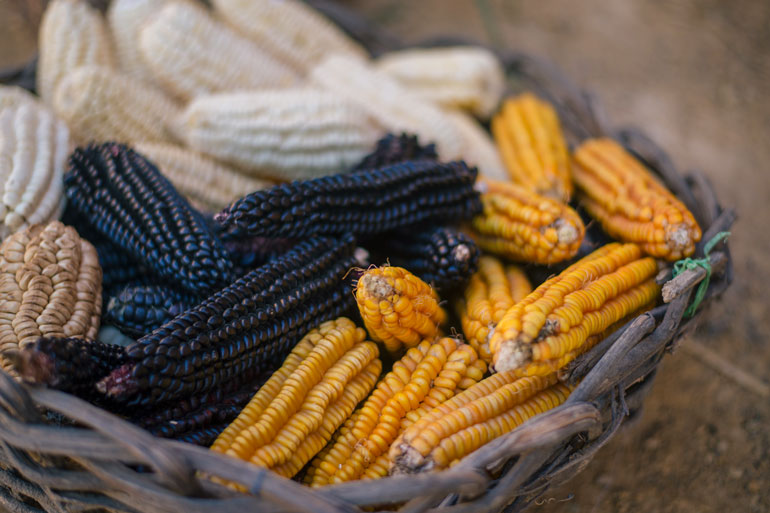 Most people in North America do not know it was Abraham Lincoln who created the U.S. Thanksgiving holiday, in the midst of the Civil War, with hundreds of thousands dead. His proclamation creating the national holiday on the fourth Thursday of every November is more of a prayer, and was meant to unify a war-torn country.

And I recommend to them that while offering up the ascriptions justly due to Him for such singular deliverances and blessings, they do also, with humble penitence for our national perverseness and disobedience, commend to His tender care all those who have become widows, orphans, mourners or sufferers in the lamentable civil strife in which we are unavoidably engaged, and fervently implore the interposition of the Almighty Hand to heal the wounds of the nation and to restore it as soon as may be consistent with the Divine purposes to the full enjoyment of peace, harmony, tranquillity and Union.

What most people in the U.S. know is the Thanksgiving myth, which has been so regurgitated and has so saturated the U.S. landscape that there is no need to repeat the nonsense here.

Contemporary Thanksgiving is a cookie-cutter, food-based lie meant to make a very particular class and color of people feel good about peace. It’s a colonial unifier, notes Chef Nephi Craig (White Mountain Apache and Navajo). The myth, he says, programs us to think and believe that we need to accept a false story. “It’s dislocating from our identity and our truth, and we accept it, and that’s pretty damaging, I think,” he says.

And so, what you might already be feeling, is a gentle vibration beneath the veneer of plastic turkey-in-pilgrim-hat centerpieces: a growing and sincere sense that we need to stop lying about a meal that never happened. Let’s just stop regurgitating a lie that represents the white washing of colonization and all the forms of colonial violence that wrote the narrative of Thanksgiving.

Instead, let’s keep taking the day off, keep on eating on this fourth Thursday. Instead, let’s celebrate and highlight the truth: that the bounty of Indigenous foods that were here when the colonizers arrived are still here. And they are delicious.

Call it Indigenous Foods Day, suggests Craig. Get away from the master narrative of lies that have been told and retold for generations — that Thanksgiving was a day of peace. And recognize so much of the iconic imagery surrounding the holiday is really about Native foods.

In addition to recognizing and honoring the Native foods on our tables, let’s address that it was the industrialization of mass food production that helped propel the homogenization of Thanksgiving food nationwide. Cranberries, for example, are not native to the entire, ecologically diverse nation, but thanks to industrial food practices, tables nationwide will have a gelatinous glob on the table this week. Sure, the red berries are delicious and Native, but wherever you live there are Native foods that can be easily featured on the Indigenous Foods Day holiday table.

Craig recommends that we think micro-regionally: clambakes on Long Island, salmon in the Pacific Northwest, alligator in Florida. Nopales in the Southwest. Think about what is native and grows where you live, and treat all that local Native food in a special way, in the same revered way we do with the “traditional” foods of Thanksgiving. Honor it.

“Foods of the Americas, whether wild or cultivated, have changed the world,” Craig notes. Canned tomatoes in the pasta aisle at your local supermarket? Native. Chiles in the Asian foods section? Native. Potatoes? Native.

Indigenous Foods Day has the power to overthrow one of colonialism’s most perverse holds on American society: The myth of Thanksgiving. If you want to give thanks, or throw in a prayer of penitence for our national perverseness, that’s cool, too.

International Day of the World’s Indigenous Peoples August 9, 2022: A Message from the International Indian Treaty Council
On Genocide and the Doctrine of Discovery
Relief Program Developed for Cherokee-owned Ranches Impacted by Drought
The Power of Moccasins on the Road to Healing & Reconciliation
Help Available for Cherokee Homeowners Facing Hardship Due to Pandemic

Donate
Free Newsletter
About The Author
Author: Valerie Vande PanneEmail: This email address is being protected from spambots. You need JavaScript enabled to view it.
Valerie Vande Panne is managing editor of Native News Online. A longtime journalist, Ms. Vande Panne was editor-in-chief of Detroit's alt-weekly the Metro Times and news editor of High Times magazine. Ms. Vande Panne has also been a reporter at WGCU, the NPR and PBS affiliate in Southwest Florida, and she has been a stringer for The New York Times and Reuters. Her work has also appeared in Bloomberg, Columbia Journalism Review, The Guardian, Harvard Law Today, Politico, and Salon, among many other publications. Ms. Vande Panne matriculated at and attended Harvard University.