State of South Dakota Doubles Down on Sovereignty Issue; Will Not Honor Tribal Medical Marijuana Cards 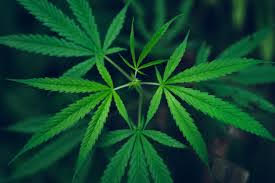 Earlier this week, the Attorney General’s office issued a statement that law enforcement would have to accept medical marijuana cards issued by the FSST to non-tribal members.

“From the time IM 26 was passed by South Dakota voters, the Noem administration, including the Department of Public Safety, and the Office of the Attorney General have done everything possible to delay and stop its implementation,” said South Dakota State Senator Troy Heinert, who is a tribal citizen of the Rosebud Sioux Tribe, to Native News Online. “It is no surprise to me that the Office of the Attorney General continues its unwillingness to recognize tribal sovereignty.”

The change of whether or not state law enforcement should honor medical marijuana cards issued by FSST has brought confusion to many, but that hasn’t deterred the only medical marijuana dispensary in the state.

Prior to opening the dispensary, Gov. Noem issued a statement on Wednesday, June 30 that said state troopers would not acknowledge tribal-issued marijuana cards for non-tribal members. Initially, the cards would only be honored by the state for tribal members. The confusion over the validity of cards is because the government issuing medical marijuana cards is the Flandreau Santee Sioux Tribe.

According to the State, the Flandreau Santee Sioux Tribe’s medical marijuana program does not provide protections from arrest for non-tribal members. “A tribal government cannot dictate to a separate sovereign – the State of South Dakota – how the state’s laws apply to its own residents who are not enrolled members of a tribe when they are off reservation land and therefore wholly within the jurisdiction of the State of South Dakota,” said the Office of Attorney General in a statement.

“The Tribe’s card itself may not be honored by the State, but the underlying physician recommendation is sufficient as a ‘temporary registry identification card’ in accordance with South Dakota law (SDCL § 34-20G-40),” said Pearman. The FFST’s medical marijuana program is independent of the state of South Dakota.

According to FSST Attorney General Pearman, the Tribe has more than 700 registered patients with medical recommendations from multiple locations. A physician can sign a patient’s application, or an applicant can bring in their medical marijuana card from another jurisdiction, and the Tribe will honor those cards.

Yuchi Pastor calls on President Biden to formally apologize to Native communities for harms inflicted
Q&A Rebecca Nagle, Host, 'This Land' Podcast
NOT SEPARATE, BUT NOT EQUAL: Oklahoma’s Freedmen continue to fight for full rights as Native citizens
A Proposed Federal Law Could Lower The Barrier Between Native Hawaiians and Homeownership
Why Don’t Indigenous Children Buried at Carlisle and Other Former Indian Boarding Schools Qualify for Repatriation Under NAGPRA?